​The iPhone X is one of the most exciting phones released this decade – but not because it offers anything particularly innovative or new. 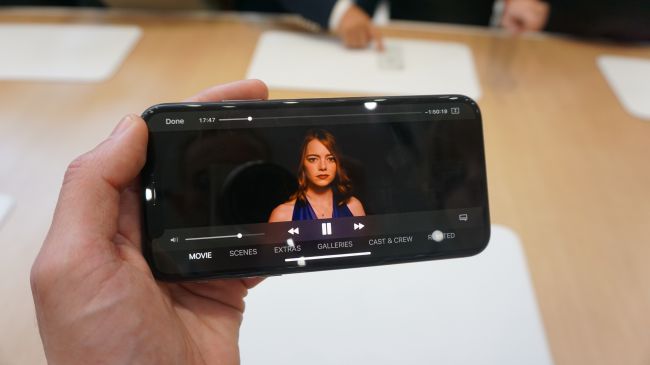 It’s exciting because it’s the most radical redesign of an iPhone yet, tying together a number of key trends in the industry and adding in a level of polish that will attract legions of Apple fans to upgrade, and spend another couple of years in the iCycle.
But this change doesn’t come cheap, and nor will it appeal to those who enjoy a degree of continuity in their upgrades.
This is a new way of interacting with your iPhone, a way that allows you to enjoy more of iOS at any one time, and alters the way you use apps with the increased screen size.
Update: The iPhone X is capable of fast charging – but you’ll need to buy a special cable. We’ve also added in some thoughts about the ‘lip’ and how it affects the use of apps

Let’s get the important bit out of the way first: the iPhone X is one of the most expensive flagship phones ever made. It’ll retail at $999 / £999 / AU$1,579 for the basic model.
You don’t need us to tell you that’s a lot of cash for a smartphone – the cost of creating this new all-screen device has meant Apple’s ramped up the price, presumably both to offset the higher development and production costs and to protect its higher margins.
In terms of when you’ll be able to get your hands on it, the iPhone X release date has been set for November 3, with pre-orders going live on October 27. It’ll be coming to the major territories first, with the UK, US and Australia all tipped to be included in the first wave of shipments.
We’d heard for months of a possible delay to the iPhone X, thanks to the complexity of component manufacture forcing the timescale back – it’s rather surprising to see that it’s happened though, as recent rumors seemed to have taken the schedule change off the table.
That said, even the first release wave looks likely to be rather limited as rumors of stock delays have surfaced once more – if you want an iPhone X, getting one in 2018 is pretty unlikely.
Screen, screen and more screen
Right, let’s get down to the new stuff, and when you pull this phone out on the train you can be sure of one thing: it looks entirely different to anything.

It’s rare that we see Apple jumping on a trend this early, but 2017 has been the year when the bezel has begun to disappear from the smartphone, and the iPhone X has jumped emphatically aboard that train.
Apart from the Essential Phone, the new iPhone looks like one of the least-bezelled phones on the market. The lip on the top of the 5.8-inch screen is the only thing that gets in the way of you and the new operating system, with the effect rather stunning.
Sat next to last year’s iPhone 7, the iPhone X is a completely different device. The effect of the wider and fuller screen is going to really impress, especially if you’ve not held the Samsung Galaxy S8, which has a similar display.
It’s hard to overstate how beautiful this screen is – and that’s not hyperbole brought on by extreme fatigue. It’s deep, rich and smooth, and draws level with Samsung in the quality stakes easily.