8Bit Photo Lab is a photo filter app that takes you back to simpler times. Times when games didn’t have near-photo-realistic graphics and Android was just a glint in Andy Rubin’s eye. 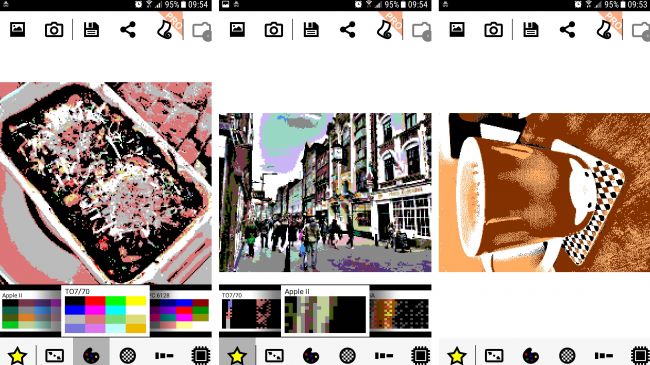 Simply snap or import a picture and pick a color palette from over 40 options, such as Game Boy or Commodore 64. Your photo will then instantly transform into something you might have seen on a screen from that era.
But that’s just the beginning, you can also add effects such as noise and checkerboard patterns, change the resolution and aspect ratio, tweak the contrast, saturation and brightness, and add 8-bit stickers, such as a mouse cursor, or little characters that look like they’ve come straight out of a game from the late 80s.

Essentially, 8Bit Photo Lab is likePrisma for anyone who prefers old-school video games to modern art, but it’s a well thought-through app.

Once you’ve tweaked an image to perfection you can add exactly the same filter to other photos with a swipe, for example, and while you get plenty for free, you can unlock lots of extra options with an IAP, including the ability to turn your creations into animated wallpapers.