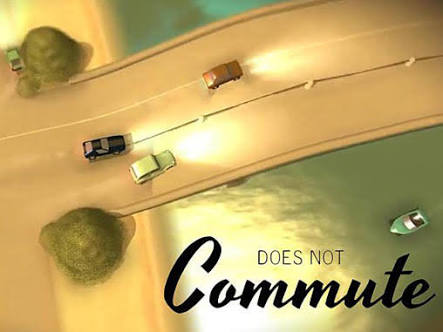 No, it’s not a travel app. It’s a game. Does Not Commute starts with only one car on the street, that is your first character. The objective is simple, drive the car from one point to other. You get to play all the character in the game, at the beginning you are Dentist Charles Schneider, then you are Postwoman Betty, and eventually everyone else.
With each car or character, the traffic on the street increases. And if you look closely, the path other cars are taking looks familiar. Because you were the one who was driving all those cars! Which also means all the character stories are taking place at the same time.
The game is set in a small town, where everyone knows everyone. There are secrets, there are whispers, there are also some affairs going on. This game is worth your time. And it also teaches you not to abuse other drivers, because remember you drive all the cars.