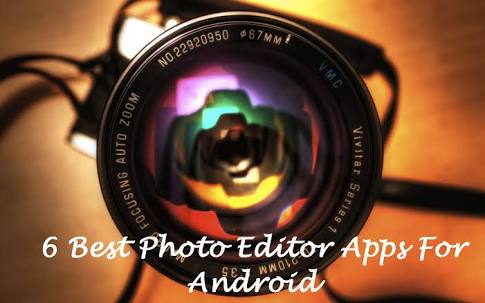 For many photographers, amateur and professional alike, editing is nearly as important as capturing a photo in the first place.
What you may not know is that you don’t have to transfer your images to a PC to start tweaking them. There are many Android apps in the Play Store that will let you manipulate your pictures directly on your phone or tablet.

1) Adobe Photoshop Express
When some people ask if a platform has a good photo editor, what they mean is does it have a version of Photoshop. In Android’s case: yes! Adobe Express isn’t a fully ported version of the ubiquitous desktop version, but it provides enough tools to easily tweak photos on a touchscreen.
You can remove red eye, mask blemishes, and remove noise. And if you have a RAW photo or two saved to your device, this app can load them up.

The main app is free, but you need the Premium Looks Pack ($3.00) if you want all of the filters, and you’ll have to snag the Advanced Pack ($5.00) to get noise reduction and defogging. Though, for now, you can get these features for free if you’re willing to sign in with an Adobe account.

There used to be a more advanced version of Photoshop offered for Android tablets, but Adobe has since revised its mobile catalog. Take a look at the company’s other apps to see the other ways you can let your creativity show.

Aviary remains a lively tool. You can use it to apply filters, surround a photo with a frame, and apply stickers. This app is also one of the easiest ways to create memes (though you could always take things to the next level by installing a dedicated app).

But if you’re looking to address red eye and blemishes, you can still do that here too. The core app is free, but a number of extra filters and effects are tucked away inside the Aviary Supply Shop.

3) Snapseed
Maybe you don’t care if the screen is smaller — you still want power. In that case, download Snapseed. This photo editor takes the features packed into the desktop version and brings them over to mobile. Want to shift the perspective of an image? Go right ahead. Need to blur specific parts? Have at it. Looking to adjust brightness, contrast, and color balance? Knock yourself out.
The interface differs noticeably from all of the other apps on this list. Options hover above your photo as floating buttons. Tapping any of them brings up additional controls at the bottom of the screen.

4) PicsArt Photo Studio
When you first open PicsArt Photo Studio, it feels like a social network with an editor attached. You’re bombarded with banners and photos, with the option to actually edit images tucked away on a small button in the middle of the screen. The app seems primarily focused on getting you to create your own network, follow other artists, and vote on the best work in various contests.
But when you do want to edit a shot, PicsArt’s interface is straightforward and effective. There’s the option to apply filters or create collages, as we’ve come to expect. When you’re done editing, you can save photos up to 8 megapixels. You do have to deal with banner ads, but fortunately, they’re not visible on any of the main screens. You can also remove them with a single $5.99 pay.

PicsArt is free to use, but like Aviary, it comes with a shop. Here you can find clipart, fonts, frames, and the like. There are a number of free packs. Paid ones usually go for one or two bucks.

5) Pixlr
You may have come across Pixlr before on your computer, especially if you own a Chromebook. This photo editor runs in a browser, making it accessible wherever you can load a webpage or install an extension. The Pixlr Android app is mostly a port of Pixlr Express. In this case, that’s a good thing, as the app’s square-shaped buttons already lend themselves well to touchscreens.
You can use Pixlr to make basic edits and touch ups. Alternatively, you can download stickers and other ways to make your images cute. And yes, you can make collages.

The app is ad-supported, and the number of pop-ups I encountered in a short period of time was rather annoying. Anyone who can’t look past these can hand over two dollars to remove them.

6) Photo Editor by Lidow
Photo Editor by Lidow is one option for folks who don’t want to bother with creating accounts, being distracted by social features, or dealing with in-app purchases. The interface is similar enough to the likes of Aviary and other apps that you will have no problem diving in. Users may also appreciate that the entire experience is free. However, you do have to deal with banner ads.
This photo editor places a number of cool effects front and center. You can outline certain parts of a photo within a shape, leaving color in the inside and turning the rest black and white. Alternatively, you can leave the inside in focus while blurring the rest.

If you just want to adjust contrast and brightness while rotating the occasional photo, you do that here too. Just know that when you save an image, Photo Editor by Lidow will reduce them down to 3 megapixels (2000 by 1500 pixels). That’s large enough for social networks, but it’s not ideal if you’re trying to improve upon the original image.