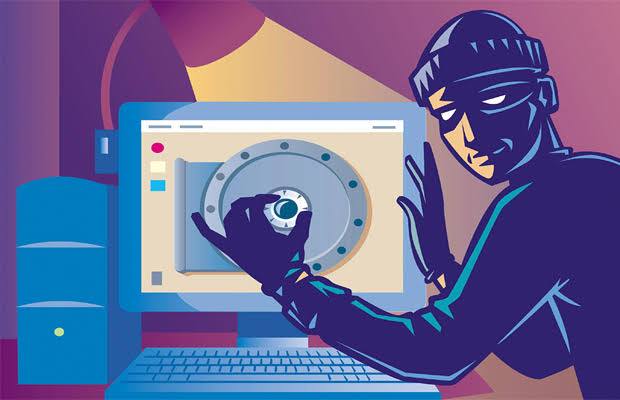 The word “hacker” saw a massive ressurgence in the past year. Anonymous, the ambiguous international collective, can take the lion’s share of credit for bringing hackers back into the spotlight. From the take down of Sony’s PlayStation Network, to its most recent takedown of the CIA’s website, Anonymous has come to embody the term. On the other end of the spectrum is Mark Zuckerberg who, in his letter to future investors, said Facebook abides by the “Hacker Way”: a culture centered around building things quickly and fixing problems along the way.
However, when it comes to hackers, we can’t help but think of people who use their knowledge of computer security to illegally fatten their pockets. We’re not talking about Denial of Service attacks, we’re talking about Swordfish-like capers. Big money. If you think crashing a few websites is cool, read about the 8 best computer hackers of all time.

Years active: October 2003-February 2007
Hack job: For more than three years, Attoh set up an online scam that targeted the Department of Education’s petty cash account at JP Morgan Chase. He was able to leak the money in small increments and it went unnoticed until an unidentified woman called in and tipped off Chase that money was missing.
Total payout: $644,000
Punishment: 364 days in jail and $275,000 in restitution

Years active: 2002-2008
Hack job: A 58-year-old Greek mathematician hacked into the computer systems of France’s Dassault Group over a period of five years, stealing weapons technology data and 3D modeling software that he then sold to at least 250 people in Brazil, France, Germany, Italy, South Africa, and the Middle East. Dassault was understandably pissed, and went on a global manhunt that tracked ASTRA to an Athens apartment.
Total payout: Unclear, but the damages he caused are estimated to be between $250-$361 million.
Punishment: ASTRA was caught in January 2008 and is serving six years in jail.

Years active: 1980s
Hack job: Going by the name Dark Dante, Poulsen learned lock-picking en route to a spree of hack stunts that ranged from fixing radio station call-in contests to breaking into FBI databases. Poulsen’s exploits landed him on Unsolved Mysteries, and after he was arrested and did his time, he got himself a spot as a senior editor at Wired magazine.
Total payout:Unclear, as some of his stuff was just for kicks, but dude got into a lot of stuff.
Punishment: 51 months in prison and $56,000 in restitution

Years active: 1994
Hack Job: When the news reports about Vladimir Levin first surfaced, this Russian was painted as a mathematician with a degree in biochemistry from the Saint Petersburg State Institute of Technology. He stole $10.7 million, and was a hacking genius. Ten years later, one of his accomplices released a memo stating that Levin was more of an ordinary system administrator who managed to get his hands on data about Citibank machines. He reportedly purchased information on hacking the machines for $100 from a group that planned on doing the hack but opted not to follow through. Lenin went nuts with the info.
Total Payout: $10.7 million
Punishment: Three years in jail and $240,015 restitution. Citibank claimed to have recovered all but $400,000 of the lost money.

Years active: August—October 1999
Hack job: James was responsible for several hacks, but his biggest and most infamous happened when he hacked into United States Department of Defense computers and stole NASA software estimated at $1.7 million, including software containing the International Space Station’s source code for controlling critical life-sustaining elements. His work forced NASA to shut its computer system down for three weeks. James was the first juvenile to be jailed for cyber crime, showing the world that it doesn’t take a rocket science to hack into a rocket scientist’s computer.

Total Payout: None really, but the software stolen was estimated at $1.7 million.
Punishment: Six months house arrest and six months probation, because of his age at the time.


Kevin Mitnick
Years active: 1979—1995
Hack job: Kevin Mitnick is the king of all hackers. He’s known for a range of crimes, including using the Los Angeles bus transfer system to get free rides, tricking phone companies to make free calls, and hacking computer systems at major firms like IBM and Motorola. He is now as a computer security consultant and author, but he is the godfather that all these other dudes have on their jail cell walls.
Total payout: Millions of dollars with of information passed through this dude’s hands before he was eventually apprehended.
Punishment: Five years in prison