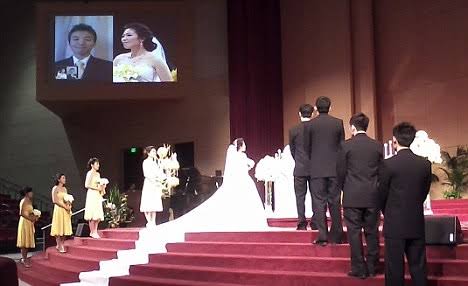 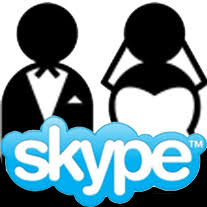 On March 7, 2011 Samuel Kim and Helen Oh, both 27, were to be married in California until the groom got a lung infection, putting him in the UCI Medical Center hospital in Orange. The duo had friends and family members coming from their native Korea as well as from New York to their planned wedding ceremony in the southern California city of Fullerton. Instead of postponing the wedding, however, the two turned to Skype.

Kim began spitting up blood and was initially too nervous to tell his bride for fear of causing her grief. He eventually told Oh, and the couple decided “the show must go on” and that their best solution was to use the VoIP service. 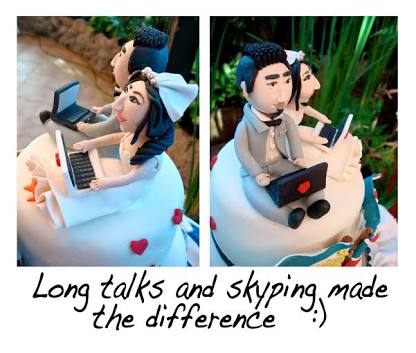 Five live cameramen at the couple’s high-tech Korean church allowed the 500 guests to watch on large monitors with split-screen images and for Kim to watch on a laptop in the hospital’s isolation ward. The hospital is less than 10 miles from the church, and Kim said he did not feel distant from the ceremony. An audio crew gave Kim his cue before his face was to appear on screen.