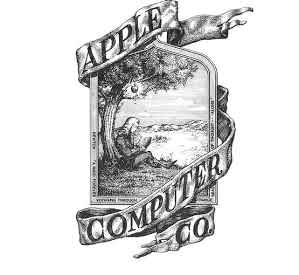 Apple had three co-founders: Steve Jobs, Steve Wozniak and a third who many people won’t have heard of: Ronald Wayne.
Wayne left the company just 12 days after it was founded, and sold his 10 per cent share for just $800 plus an additional payout of $1,500. The most crushing part is that his share would now be worth more than $60 billion.
Apple’s original logo starred Sir Isaac Newton.
That logo was designed by Ronald Wayne. It featured a detailed picture of Newton sitting beneath a tree with an Apple about to fall on his head, but it was changed when the company realised that the logo was too detailed to be effective when printed small.